This microbe no longer needs to eat food to grow, thanks to a bit of genetic engineering 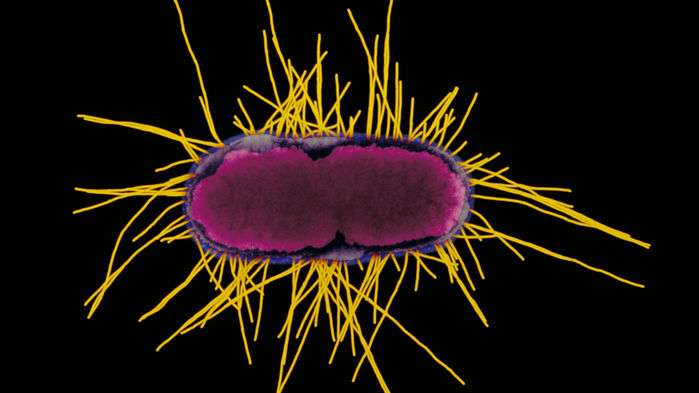 Synthetic biologists have performed a biochemical switcheroo. They’ve re-engineered a bacterium that normally eats a diet of simple sugars into one that builds its cells by absorbing carbon dioxide (CO2), much like plants. The work could lead to engineered microbes that suck CO2 out of the air and turn it into medicines and other high-value compounds.

Biologists typically break the world up into two types of organisms: autotrophs and heterotrophs. The former, mainly plants and some bacteria, mostly use photosynthesis to convert CO2 into sugars and other organic compounds they need to build their cells. Most everything else, including us, gets those building blocks from the organisms they consume.

Synthetic biologists have long tried to engineer plants and autotrophic bacteria to produce valuable chemicals and fuels from water and CO2, because it has the potential to be cheaper than other routes. But so far they’ve been far more successful at getting the heterotrophic bacterium Escherichia coli – known to most people as the microbe that lives in our guts and sometimes triggers food poisoning – to produce ethanol and other desired chemicals more cheaply than other approaches.

Scientists have previously developed dozens of tools to manipulate E. coli’s genes so that it produces different compounds, such as pharmaceuticals and fuels. That means researchers should be able to insert these changes into autotrophic E. coli that eat formate, which is readily made by zapping CO2 in water with electricity. As a result, formate produced from wind and solar power could help engineered bacteria make ethanol and other fuels, or pharmaceuticals, such as the malaria-fighting drug artemisinin.

An engineered version of this Escherichia coli bacterium gets all the carbon it needs to grow from carbon dioxide, just like plants