At the conference, Ms. Tran Thi Thuy Yen – Deputy Director of Department of Science and Technology presented the results of the first 9 months of 2019 and tasks in the last 3 months of 2019. The discourses about the activities, achievements and directions of science and technology in Thua Thien Hue Province were also mentioned in this conference. The delegates attended the conference had discussions, well-meaning comments for the presented topics.

At the end of the conference, the delegates visited the Institute of Biotechnology, Hue University. 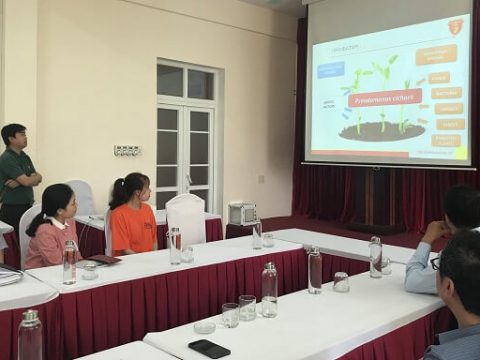